Pregnancy is one of the most joyous and rewarding stages of any woman’s life. While there are significant life changes required during the period while you’re pregnant, for most women, the thought and prospect of bringing a newborn into the world over-rides any of the other physical, mental or lifestyle adaptations.

However, while we all hope for a trouble-free pregnancy, unfortunately complications can sometimes occur which can endanger not just the infant but also the mother. Of these, babies being born prematurely is one of the most common and special care needs to be taken with an infant that is born early.

There’s a general rule that states the earlier in a pregnancy a baby is born, the less prepared they and their bodies will be for the outside world. Here are some of the problems frequently faced by premature babies:

Problems with temperature: Premature babies have a considerably harder time keeping warm and lose their heat more readily. An early baby will need more care and energy to grow and regulate their body heat against the dangers of hypothermia – so you must keep a watchful eye over them.

Difficulty with breathing: A lot of premature babies begin breathing without aid but many others require resuscitation. Often early babies lack sufficiently-developed lungs leading to breathing issues. Also, it’s not uncommon for a preterm newborn to start breathing on their own but grow tired to the extent they stop inhaling oxygen (a term called apnea).

Complications in the brain: Premature babies sometimes suffer bleeds on the brain, during and in the few days following birth. Indeed, it’s estimated around 20% of all children born weighing less than 2kg experience brain bleed issues. Also, early babies can suffer from a lack of oxygen to the brain. Both conditions can lead to developmental problems, learning difficulties or cerebral palsy.

Problems with the eyes and sight: As with all other parts of their bodies, the eyes of a premature baby haven’t fully formed yet and aren’t quite ready for the outside world. Early newborns are at significant risk of developing visual impairment problems or even blindness as is outlined in this excellent article, birth injury malpractice lawyers – retinotherapy of prematurity, which describes the cause of many of the problems.

Difficulties feeding: Preterm babies lack the oral coordination and dexterity required for the suck and swallow movements required for feeding so may experience difficulty and require extra assistance. You should closely monitor a child’s ability to feed and seek external guidance if you have any worries.

Babies who are born prematurely have an increased risk of developing problems that could end up affecting them their entire lives. The chances of these issues evolving depend largely on the speed and extent of care available when born early and their development progress in the days, weeks and months that follow.

A Guide to Giving Your Elderly Parents the Best Life Possible

Taking a Social Media Break: A Guide for Teens 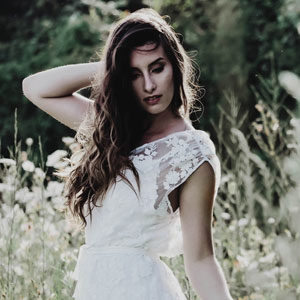